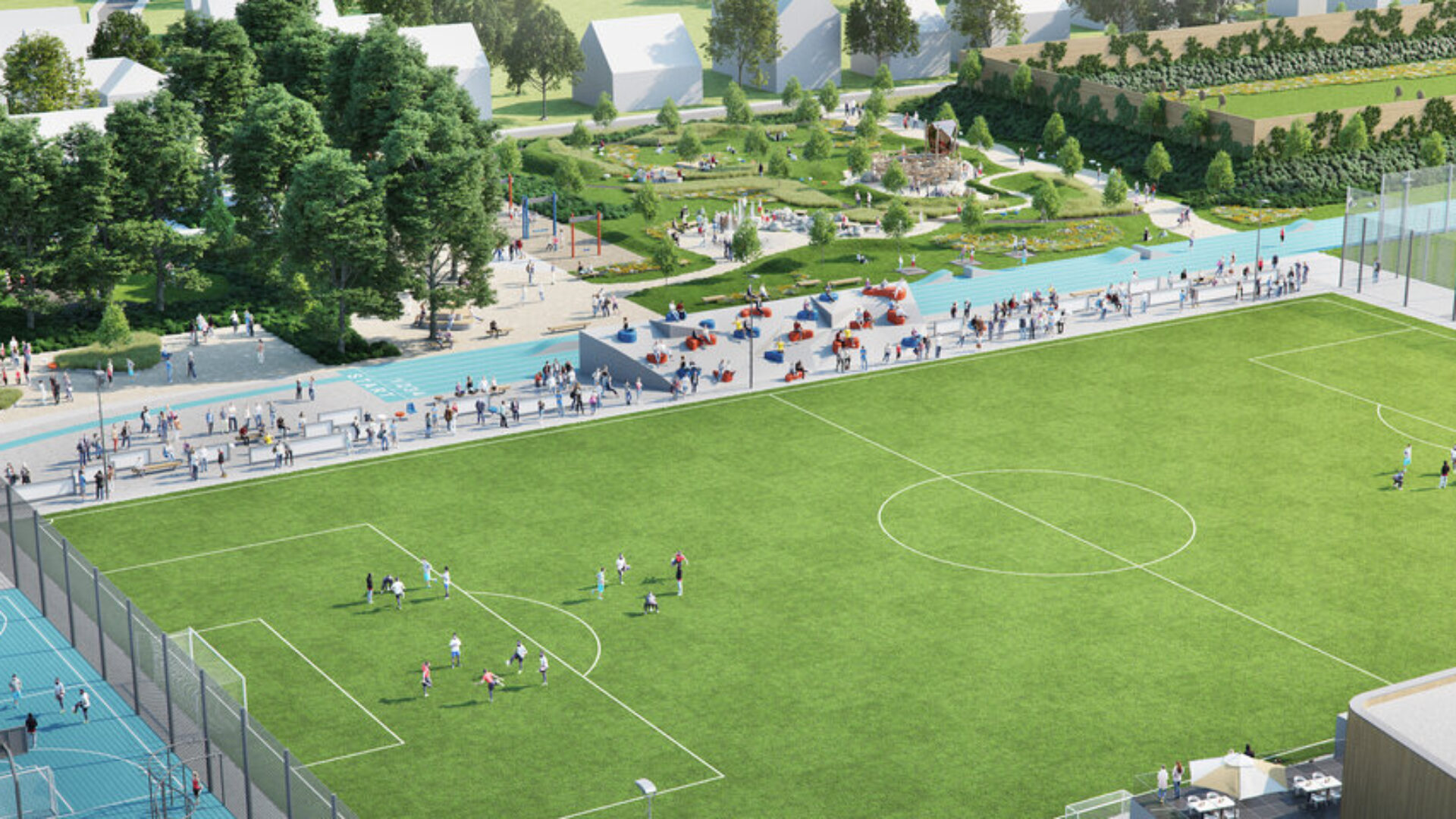 Pictures: ©City of Bürstadt
BACK

Team für Technik convinces with simulation-based planning and has successfully completed the feasibility study for a sophisticated supply concept.

As part of a pilot project for the “Healthy and Socially Integrative City” project and with the support of numerous sponsors, including the Dietmar Hopp Foundation, a new education and sports campus with a total area of around 32,000 m2 is being built in Bürstadt (Hessen, Germany). The existing site, which houses several sports clubs, is being transformed into an open campus with a multifunctional sports facility as a meeting and exercise area for all generations. In addition to existing facilities, modernized and newly created areas will be available in the future. Two gymnasiums, several clubhouses and a youth center are already part of the campus, as is the municipal outdoor pool. Two artificial turf sports fields and an open-air hall, as well as a new floodlighting system, are intended to expand the possibilities and provide more convenience for year-round use of the sports facilities. In addition, a new education center is to be built as a multifunctional building at passive house level, forming the heart of the campus. The goal is to operate the entire campus in a climate-neutral manner with the help of a well thought-out innovative energy concept.

Sustainable and innovative energy concept
Team für Technik GmbH was entrusted with the planning of this energy concept. The innovative engineering company for energy and supply technology with offices in Munich, Nürnberg, Berlin and Karlsruhe specializes in ecologically and economically sustainable solutions based on many years of experience in consulting, planning and construction supervision. Since 1998, Team für Technik has been successfully advising clients on all issues relating to energy and supply technology.
In addition to the further development of existing facilities, new buildings and planned future expansions of existing buildings had to be taken into account at the same time for the education and sports campus in Bürstadt. In addition, the use of the area as an open space, by clubs and also for events, as well as the structural condition of the buildings had to be taken into account. A wide variety of energy requirements were the result. A particular challenge was that the temperature requirements of the heating system had to meet both the existing facilities with a higher target temperature and the new buildings with a lower target temperature. The existing gas boiler for the outdoor pool, for example, was retained only as an outage reserve. The solar thermal system of the outdoor pool will be modernized and also integrated into the heating network.
In addition, the energy supply had to be planned in accordance with the regulations for a heating network 4.0 (Wärmenetze 4.0) in order to meet the high sustainability targets and secure the corresponding subsidies.

Team für Technik has been using simulation-based planning with Polysun from Vela Solaris for years. In the case of the Bürstadt education and sports campus project, it quickly became clear that planning could only be carried out accurately and efficiently with the help of simulation due to the complexity of the project. For this purpose, different options were initially compared with each other in an early project phase and mapped in Polysun. This was done in close cooperation with the experts from Vela Solaris. An initial model was developed so that the engineering team only had to make refinements and optimizations. “The first rough model of the Polysun simulation was already created during an on-site workshop in our office in cooperation with Vela Solaris and later completed on our behalf by Vela Solaris in a very timely manner in remote cooperation – so we could focus on refinement and optimization. For short-term consultations, Vela Solaris was always available in an uncomplicated and extremely competent manner!”, says Fabian Speer, Team für Technik GmbH.
A local heating network with a groundwater heat pump and cascading supply with decentralized heat pumps as well as a closed distribution network for electricity with photovoltaics was finally selected as the favored option for the holistic energy supply of the education and sports campus. With Polysun, this variant was further developed and refined: The optimization of the energy management system provided decisive criteria for the planning of the automation. In addition, the appropriate dimensioning of the solar thermal system could be defined. This led to an increase in the solar coverage ratio of around 4 percent as well as an increase in the system annual performance factor (SJAZ) from 4.1 to 4.9 through solar thermal groundwater preheating.

Finally, the functional test was reliably performed with simulation in Polysun and the criteria for compliance with the funding regulations for the heating network 4.0 were ensured. These formed the basis for the complex funding application to the German Federal Office (BAFA), especially with regard to groundwater utilization (simulation of heat extraction and corresponding volume flows) as well as the funding share for the PV systems (share of own consumption for heat generation).
Thanks to consistent simulation, the entire energy supply concept was presented transparently and convincingly to the client and other stakeholders. The simulation-based planned holistic energy concept for the education and sports campus in Bürstadt was ultimately convincing, was accepted by the city council and the company was commissioned with the implementation planning. 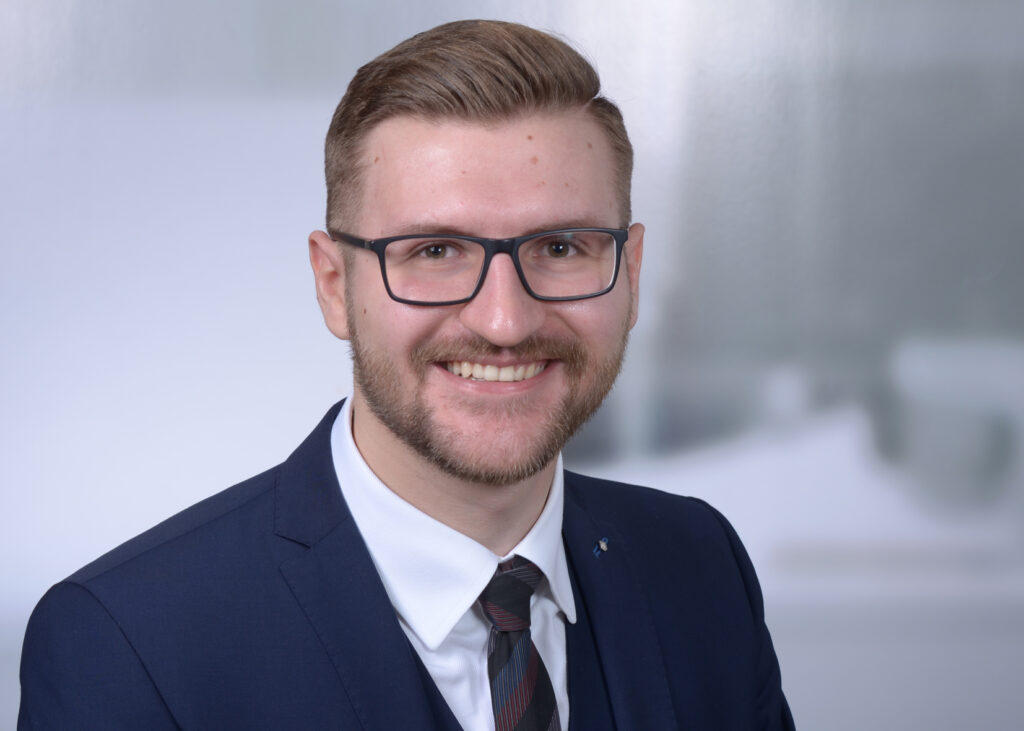 “For the education and sports campus project in Bürstadt, the task was to plan the energy supply for very different user groups in a sustainable way, taking into account the requirements of a heating network 4.0. With the simulation-based planning of Vela Solaris, we succeeded in this. Thanks to Polysun, we were also able to present transparent and convincing results for the project owner in a short time.”

Building base model of simulation with Polysun software considering the requirements according to Heat Networks 4.0 for further refinement by the engineering team.

Successful completion of feasibility study with follow-up order for follow-up project phase. Successful testing of the energy system operation. Increase of solar fraction by about 4% and SJAZ by about 19 %.