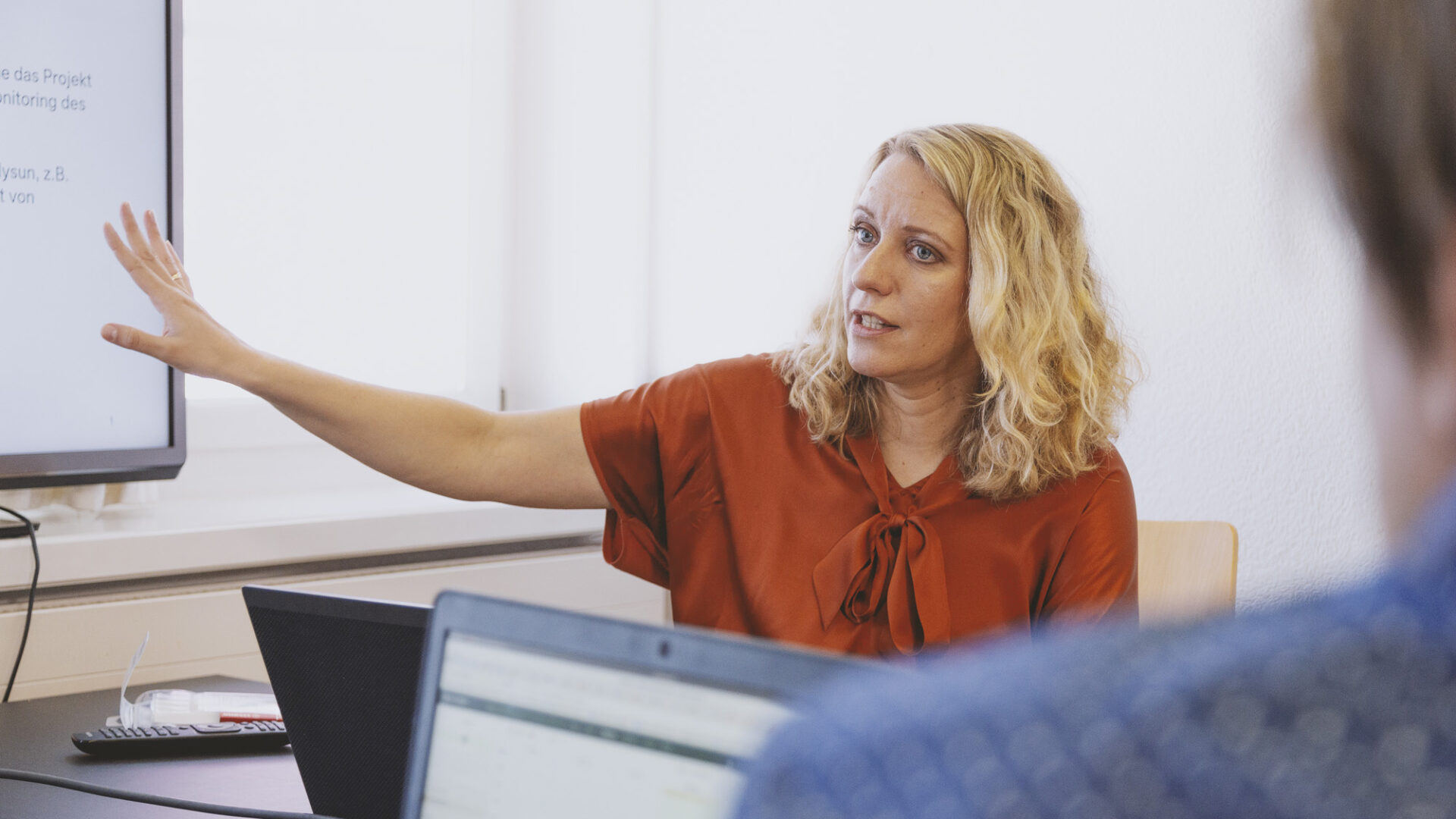 Where can I see my license number after the installation?

Start Polysun and click on the «?» -> «Info» in the menu bar and then on the button «License». You will now be able to see your registration details (name and address), your user level (Standard, Designer or Premium) and your EID. Memorize your EID for future reference or a possible new installation.

I bought an Upgrade but do not see the renewal of my license in Polysun?

After buying an Upgrade it is important to obtain your new license to get access to the new features. To do so please go to “Options” -> “add license”. You can use the same EID as before.

How do I register my Polysun after the installation?

The registration of the program will require an activation code and a valid Internet connection. You will get your activation code (EID) via e-mail after the order. After entering this information at the fist start-up of Polysun a further dialogue window will be displayed in which you will be prompted to enter your personal details. Please note that the registration confirmation will be sent only to the e-mail address entered in this window.

How do I create a support file?

The support file includes all important Polysun data needed to find and fix an issue in a speedy way. To create a Polysun support file please click on «Support request» in the Polysun menu «?», then on «Create support file». Or send us the data.log file, that you will find under C>User>Public>Polysun.

How do I allow connections to velasolaris.com if my company uses a Firewall and/or Proxy?

If your company uses a Firewall and/or Proxy, you must allow connections to www.velasolaris.com and secure.velasolaris.com (94.126.21.42) on Port 443 (HTTPS) and Port 80.

How can I view the PDF report or the user manual?

How do I upload my company logo?

The PDF report displays the user address in the header. To this section you can also upload your company logo.

How and why update Polysun?

n start-up, Polysun automatically checks for the availability of a new version. If an update is available, an appropriate message will be shown on screen.

To set the automatic update search function, click on «Options» and open «Settings». In «Display – After starting Polysun», select «Look for Updates». This is the default selection. To enable Polysun to check for updates, the software should be able to access the Internet (Firewall).

Go through the following easy steps to update Polysun manually:

After opening Polysun, click on «Options» and «Check for software updates» in the main menu

Completing this procedure, you will be able to take advantage of new features, templates and catalogue entries and rectify any errors. The respective changes are shown in the
Release Notes

The generation of PDF reports doesn’t work anymore – what can I do?

In Polysun 5, the report-engine that is used to generate reports (PDF, Words, …) has been updated. The problem occurs if Polysun 5 was installed on top of an older Polysun version. To fix the problem, please uninstall Polysun and reinstall the newest Polysun version again.

Tip: Before installing the new version, please check in the program directory that all Polysun folders have been removed.

How can I change in a variant e.g. the tank volume?

Essentially a double-click on a symbol in the variant will open an info dialogue box that allows you to modify the features of the relevant components. Within this dialogue box the user will be able to modify all features for the use of such components (for example the orientation of collectors). Features directly relating to components (for example type of collector) may be defined over the catalogue. A double-click on the catalogue symbol will open a catalogue dialogue box that allows the user to change the relevant catalogue values. Starting from the Standard level version the software allows the user to create a new entry with the desired values.

What does auxiliary heating mean and how is it used?

In most cases solar systems are used as a back-up to conventional heating systems for water heating purposes. Whilst usually idle in the summertime auxiliary heating systems meet in the winter the larger share of the heating demand.

In Polysun operating hours and controllers may be defined just like in actual heating systems to the great possible extent. Controllers are used for this purpose (see below).

The amount of heated energy is defined as the «heated volume» times the difference between the temperature of hot and cold water (times the heating capacity of the fluid). The volume is defined by the overall content of the tank and the layer on which the electric heater is located.

What’s the use of three-way valves?

Three-way valves play a crucial role when it comes to the analysis of fluid loops. Three-way valves share the inflowing fluid-flow in a fixed proportion. The position of the mixing valve is adjusted by the controller. Based on the situation in the schematic system diagram the three-way valve alternatively distributes inflowing fluid-flows or brings together two separate fluid flows. The adjusted output is marked with x. If the signal of the controller is logically one the x output will be completely open. Both situations are schematically outlined in the following graph:

Which parameters may be selected for the specification of collectors?

What are fluids and how are they used in Polysun?

Definition: The term Fluid refers to the fluid that circulates the different components and transports energy. As fluids often contain different substances Polysun includes a catalogue of main fluid components showing the pure substances (like, for example, water, ethylenglycol, propylenglycol) as well as a fluid mixture catalogue showing the fluids that are actually employed (like, for example, potable water, ethylene mixture, propylene mixture).

Definition: A fluid domain is a continuous hydraulic area permeated by a common fluid. A system typically consists of several different fluid domains. System components belonging to a defined fluid domain are circulated by the same fluid.

Definition: A fluid domain consists of one or more fluid loops. A fluid loop always includes a flow-rate producer. Results are given for fluid loops (not fluid domains).

The climatic characteristics of central Europe require solar systems to be able to withstand below freezing temperatures. This makes it impossible, for example, to produce the required amount of hot water directly in the collector. If pure tap water should freeze in the collector its expansion would destroy it. Normal tap water also shows a further disadvantage in that it may calcify the collector over the time.

For the heat transfer fluid to conform to the above-mentioned requirements the use of normal water mixed with a certain amount of glycol will be required. For this purpose in many cases ethylenglycol (for example Antifrogen L) or propylenglycol are employed as a frost protection agent. As the fluid circulates in a closed loop calcification problems are generally not an issue. As to the mixing ratio the following aspects will need to be considered:

Starting from a certain concentration freezing fluids no longer cause problems as they do not freeze into ice crystals but acquire instead a gelatinous-granular structure. An explosive effect may no longer intervene. The above effect may intervene starting from a volume proportion of 33 % (propylenglycol) or 38 % (ethylenglycol). Polysun allows the user to define glycol concentrations.

What does «priority of control» mean?

Why do flow rates not reach the design flow rate?

The graphical evaluation will be available starting from the Standard level version.

What does the message «No flow rate producer available» mean?

Definition: A component is defined as a flow rate producer when fluid transport between component connections is determined through physical processes in the same components.

So as to obtain defined conditions in all pipings across the hydraulic system flow rate producers should be carefully selected. In a first step Polysun analyses before each simulation the piping and the use of flow rate producers. If these have not been consistently selected the system will need to be reviewed paying particular attention not to use too many or too few pumps within a single loop.

Why does the simulation only run very slowly?

It may happen that also on very fast computers some systems have very long simulation times. The numeric algorithm of Polysun is optimized for typical solar systems. A very slow simulation occurs in particular when some parameters have extreme values. For example, if a pump is under- or over-dimensioned, the consequence would be a slow simulation.

Solution: begin with an existing template and don´t change too many values at the same time.

Why does Polysun use for the withdrawal volume a slightly too large value?

It’s a matter here of a deliberately allowed rounding error. The reference amount will be tapped with the design flow rate and a variable duration. For this purposes time units will be measure in seconds and always rounded up to whole seconds.

Why will an energy deficit result even in case of sufficient auxiliary heating?

When the hot water system is not running the water left in the pipes cools off. That’s why typically when first tapping water you will get a certain amount of too cold water. The resulting energy deficit will be added up and amounts as a rule to a monthly 2-5% of the energy demand.

What does the message «Energy demand not met» mean?

It may happen that the energy produced by the solar collectors and the auxiliary heating is insufficient to meet the energy demand of the planned system. In such cases, the temperatures of the domestic hot water and the building are different from the nominal values that were set in the project. Polysun marks these systems in the graphs and reports with the message «Energy demand not met».

To meet the demand, the energy consumer must be supplied with more solar thermal energy or auxiliary energy. In some cases, it is possible to obtain it by increasing the collector area or the power of non-solar auxiliary heating. However, the message «Energy demand not met» often means that the energy use is inefficient and the project must be revised.

How will the hot water withdrawal temporally simulated?

The hot water withdrawal of a simulation will be defined through the following parameter:

In Polysun the amount of hot water that will be obtained during a given hour will always be determined at the beginning of such hour (for example 8% of the daily demand of 200 l, that is 16 litres, will be obtained in the morning between 8:00 and 9:00). In the Polysun simulation reference will always be made at the beginning of an hour to the total amount of hot water for such hour together with the nominal flow rate (in the above example 16 litres will be obtained with 360 litres/h that is water will be drawn for 2.66 minutes.

What are the definitions of the different solar fractions?

In the variant results display the user will be able to view the different solar fractions: Sfi (input-oriented), Sfn (net) and Sfg (gross). These refer to different limits of the system.

Why isn’t the hot water energy demand constant in the component results?

Under energy demand the monthly energy demand will be listed in kWh. Since not all months have the same number of days monthly variations may be observed (for example February/March = 28/31).